We men typically base our feelings of attraction on looks, and how those looks make them feel. Yes, many men have intricate and complex standards for what attracts them, but the general consistency is that: it’s hard to argue with what attracts you.

And there are men who prefer Asian women; be it Japanese, Korean, Chinese, Malaysian, Filipina, or just Asian in general. And yes, some of these standards are immature and based on fictional ideals.

Let’s set those aside and accept that:

There are men who prefer Asian women to other women. I would argue that, for stable, law-abiding, rational males, this is… OK.

…as if you needed anyone’s permission. But you got mine anyway.

However, especially in the West, men who are upfront about their preference for Asian women are labeled as: creeps, fetishists, losers, misogynists, and so on.

I love all women, but I also prefer Asian women. I’m a bit unusual because when I first came to Asia, I preferred athletic white women with a warm smile and an air of quiet confidence. I’m still very attracted to such women, but both in living in Asia and being with Asian women, my preferences shifted.

Is there something “wrong” with this picture?

Some Western men who go to Asian countries struggle with their feelings about this issue – they sometimes wonder:

Again, if you’re an otherwise reasonable person, I would say “no” to all of these. Let’s look a bit deeper at this question of:

“Do you have an Asian fetish?”

And there are millions, if not billions, of beautiful women all over the world. It’s not the fact that “they’re Asian” that’s important.

What might explain your attraction is not some unhealthy obsession with Asian women, but simply that Asian women are more likely to possess the physical or cultural or emotional attributes that you find most appealing.

More primally, you like that they tend to be slender and take great care of their appearance.

Don’t beat yourself up over it

You can’t control who you’re attracted to. Attraction, it’s been said, is not a choice. Not just that, but you’ve got your one life. Don’t waste it worrying about others’ petty thoughts about your personal preferences and choices.

What matters is your outward behavior – the level of courtesy and respect that you show toward the women you encounter (Asian and non-Asian alike).

The world is a more diverse and interconnected place than ever before – it’s possible for people all over the world to meet, get to know each other, fall in love.

What fun would it be if everyone in the world only dated people who were from the same gene pool and the same cultural background? Variety is the spice of life. There are few regions and cultures in which having a relationship with someone of another culture or race will get you disowned by your family.

If you’re reading this, you’re probably an independent person.

Guys with an “Asian fetish” do exist

But just the fact that you’re reading this blog shows that you have a certain level of thoughtfulness and self-awareness.

The problem with actual “fetishists” is that they base their thinking on impossible, inaccurate, unnatural, and just plain stupid ideals. These men are lacking in some aspects of their lives, and there are various reasons for that. That’s not my place to delve into, but I urge them to listen more and to try and learn about people.

Such men approach women in a way that is off-putting and ultimately disrespectful. They tend to be obsessed with notching up conquests, fulfilling pron-driven fantasies, and perhaps some anger at non-Asian women. Their visceral “need” for Asian women is almost palpable – and women can often tell.

So, yes, these guys are out there. But online and offline I’ve met and had dialogue with literally thousands of foreign men who have spent time in Asia. Most of them are pretty well-adjusted guys who could have relationships with women of their own race if they wanted to.

Don’t hide your desire – “own” it, but consider who you discuss it with

Whether you’ve already dated dozens of Asian women, or whether you’re going to Japan, Korea, or another Asian country for the first time, and you’re curious about what kind of women you’ll meet, you need to make peace with the true nature of your motivation.

Don’t be in denial about it – be true to yourself, and be able to comfortably, confidently admit, “there are a lot of beautiful women in [insert your destination here], and I’m looking forward to meeting them!”

And vow to respect them, seek to understand them, and don’t be a dumba** and think they’re going to walk on your back and feed you rice. You moron. They’re women, with pride, ambitions, and their full and entire selves. That’s no different anywhere.

However, all that said, all the world will not support you and what you prefer. They’ll judge you. They’ll shun you. Often, you won’t even know what effect it has on you.

In general, it’s best to avoid discussion of things like relationships and attraction with all but your closest people or those who you know share a common trait (like you live in the same place, frequent the same areas, generally “get” one another).

You needn’t go around shouting your love of Japanese, Korean, and Chinese women to rooftops, to anyone who listens.

They don’t need to know, and they probably don’t care. This includes telling Asian women that you prefer them. They won’t take it as a compliment; they’re individuals, just like you.

And for ladies and LGBTQ folks

I see you. And I acknowledge and affirm your attraction. And I know there are PLENTY of non-Asian women who prefer Asian men. Such women are seldom subject to harsh public criticism, as men are. Their friends may find Asian men a bit meek or effeminate, but those “friends” are just ignorant and inexperienced.

Asian men, for one, come in many shapes and characters. And Asian men can often have a more understated and graceful attraction.

Especially with the rise of Kpop and the globalization of Asian culture, there are “Asian fetishes” among men and women. And among, gay, straight, bi, and all genders.

You’re all OK with me. As if you needed my permission. 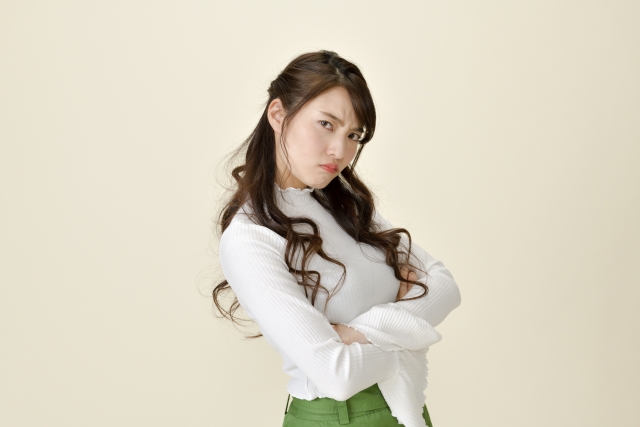