It’s hard to give a definite answer as to whether Filipino women are really attracted to older western men without looking at the economic advantage to Filipinas when it comes to interracial relationships.

People often perceive Asian women from developing countries to be taking advantage of older men from developed countries who are looking for brides. But is it really the case in these modern times?

It’s important to consider the background of Filipino women and what they are looking for in a man in order to understand whether older western men really are attractive to Filipino women.

In most cases, they look for a man who is:

These are important features that we need to look into.

Men who are financially more capable

In the latest survey released by the Philippine statistics Agency (PSA) on the National Demographics and Health Survey in 2017, there is a significant decrease of 14.4% in marriages among Filipinos from 2007 to 2016. It also stated that 36% of women aged 15-49 have never been married.

The Daily Inquirer reported that the decline of marriage among women in the country is baffling considering the increase of the total population.  Legible women are just not getting married for some reason.

In the survey of PSA conducted on the population throughout the years 1993 to 2017 showed that there is a 5% decrease in women getting married by the age of 18. The survey also stated that 91% of women aged 15-19 have never been married and the percentage is continuously decreasing with 57% of women aged 20-44 and 26% on ages 25-29. This means that the percentage of women that have never married decreases as age progresses. 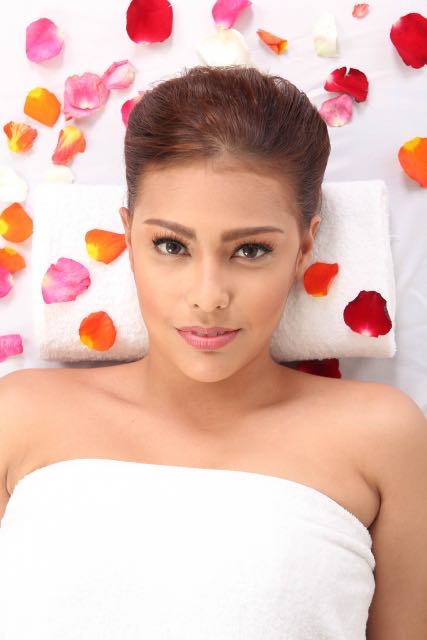 The author added that those women legible for marriage are just not getting married at all. Are Filipino women becoming pickier with men? That’s highly likely.

PSA stated that the median age of women at first marriage increases with the increase of women’s education and wealth.

While more Filipino individuals are experiencing less poverty, it still isn’t enough to support a family.

The National Economic Development Authority of the Philippines (NEDA) stated that an average Filipino family of 5 must earn at least 42,000 PHP in order to survive. With the minimum wage of 537 PHP per day in 2018 or 10,458 PHP per month in the country, it’s just not going to cut it even if both the mother and father work at the same time.

In a culture where the mother is expected to budget the daily expenses in the household, Filipino women, especially those who are educated, are becoming more aware with the trends of the economic status of an average Filipino family.

In which case, they try to find men who are more capable of supporting the family where obviously an average western man has the advantage compared to an average Filipino man. They are becoming concerned about the future of their children since they themselves have experienced difficulty during their childhood days – something they don’t want their children to experience.

Apparently, the motto bahala’g saging, basta loving (love despite hunger) isn’t enough anymore to convince Filipino women to have a family with a man who is not capable enough to provide.

Filipino women take pride in their children – they always want their children to be the smartest, kindest, and most beautiful children there are. In a culture where everything has to be better than their neighbors, Filipinos are often pressured to have a better face (both literally and figuratively) to show. 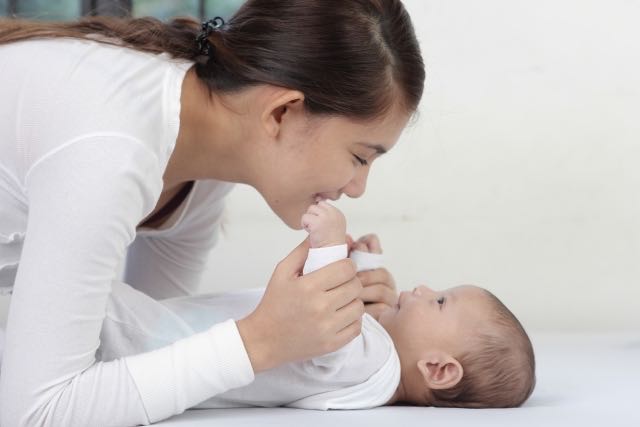 There is always the perception that a mixed-race baby boy will grow up to be a strong, tall, and handsome man who will have more advantages to better women and therefore, much better chance of having a brighter future and will be able to provide their parents, beautiful grandchildren. Meanwhile, mixed-raced baby girls are expected to grow as intelligent and beautiful women, ready to take on the Miss Universe crown.

In investigative research conducted by Joanne Laxamana Rondilla on “Colonial Faces: Beauty and Skin Color Hierarchy in the Philippines and the U.S.,” it stated the advantage and the marketability of mixed-raced models with whiter complexion in the Philippines leaving a stronger impression to Filipino women that choosing white men as partners can have a better advantage.

Although most Filipinos would probably deny the truth, children are often considered as an investment in the Philippines. They are the retirement plans of most parents and children grow up to pay the debt of gratitude (walang kamatayang utang na loob). This is the main reason why most elderly people in the country don’t invest in retirement plans as they expect their children to provide for them when they are not capable to work anymore (Villafuerte).

One of the most liked traits of Filipinos is how close the family bond is. Families in the Philippines share a collective face (filial peity) in order to avoid shame within family members and set expectations to family members, especially children –a trait common to conservative and authoritarian Asian communities (Alampay, et.al, 2016).

Each family members carry responsibilities even when they are married. This is the reason why extended family members normally live close by. In most cases, a Filipino household may consist of up to the third generation where each member help out each other (Cultural Atlas)

Grandparents are expected to take care of the young ones despite living separately from their children. They are also expected to watch over their children even when their children have grown into capable adults. This kind of inherited responsibility breeds undesirable traits within family members.

When a man courts a Filipino woman, often, he must also seek the approval of each family members, especially the parents. Everyone seems to have a say on whom a female family member should marry.

In marriage, the struggle of power among parents, in-laws and the head of household often leaves negative psychological effects to Filipino women (Chen, et. al., 2014). The most common fights that a Filipino household has is the interference of the in-laws in family decisions.

It is not uncommon for a Filipino woman to worry and complain about their partner’s family. This is why plenty of modern Filipino women prefer to be with a man who is not too dependent on his family and can decide for himself –something that most Filipino men struggle with.

Maturity to take on the responsibility

Filipinos perceive womanhood to be pure, strong, nurturing, resourceful, and yet submissive to their men. It’s better to be quiet than to create friction.

The original cultural equal stature of men and women still lingers within Filipinos despite being overwhelmed by the colonization of the patriarchal western intrusion during the Spanish era (Titgemeyer, 1997). While fathers are seen as the foundation of the family, mothers are perceived as the light that makes the household bright for each family member. 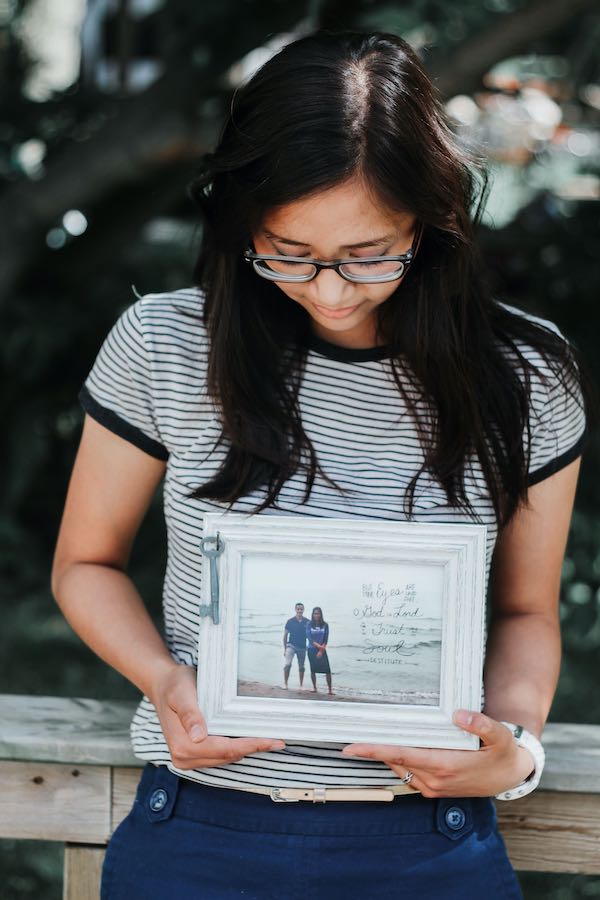 According to the Philippine Star newspaper, the Philippines is, in fact, a matriarchal-dominated society pretending to be patriarchal in order to protect the macho-ness of Filipino men.

The maternal instinct of Filipino women is so strong that whenever their men fail to rise into the occasion, Filipino women intrinsically take over to make ends meet. They are always there to clean after a mess and hustle their way to provide whenever necessary without overstepping into the men’s ego.

As an old adage says, “In every successful man, there’s a strong woman.”

Even at a younger age, Filipino women are always taught to take care of the household and still strive for education in order to have a better future. As a matter of fact, plenty of Filipino women who have successful careers are still expected to be involved in house chores (Titgemeyer, 1997).

However, there is only so much a woman can take. Modern Filipino women– even before marriage– are more aware of the burden of being a mother and a wife, and the struggle of achieving individuality and success while keeping their household intact and in order. That is why Filipino women are now seeking for men who have the sense of responsibility to protect and take care of the family’s needs and not another baby to watch over.

Having a child before marriage can be very damaging in the image of a Filipino woman, let alone becoming a single mother. Teenage pregnancy and being a solo parent is such a big problem in the Philippines despite conservative views.

According to PSA report in 2017, 9% of women aged 15-19 are already pregnant and the proportion of teenagers who have begun childbearing rises rapidly with age, from 1 percent at age 15 to 22 percent at age 19.

In 2014, PSA stated that one in every 10 teenage Filipino women are already a mom and that 28.7% of teenage women have already engaged in sexual activities which increases the rate of unwanted pregnancies.

CNN Philippines pointed out that 2 million out of 3 million households who don’t have spouses are comprised of single mothers and that the stigma on single mothers is very hard on Filipino women.

Women who got knocked up by their boyfriends and left normally get a bad reputation, shamed by the community, and in some cases, these women have difficulty finding another partner. This is a part of her life she may conveniently avoid the truth about.

The children who are the product of unwanted pregnancy among single women are normally labeled as Putok sa Buho, which means someone who sprouted from a bamboo tree. This often carries a bad connotation in modern times despite its origin.

Being labeled as Putok sa Buho can mean that the pregnancy was a mistake, the mother made a shameful act, and that a fatherless child is also a mistake that can’t be taken back. This leaves negative psychological effects on the mothers and the child. This is why plenty of Filipino women resort to abortion in order to save their dignity of being a “stained woman.”

Raising a child can be very difficult for young women, let alone being ridiculed and slut-shamed by the community and their own family.

In order to take better control of their lives, Filipino women either work harder to prove they can stand tall despite the hurdles or rely on stronger men to accept their circumstances. While most Filipino women prefer to prove what they are capable of, many of them still believe that they can still find a loving partner who will be there for them through thick and thin.

In the only country that hasn’t legalized divorce, aside from the Vatican, Filipino women aim to have a happy and successful marriage. They find marriage an important matter that can’t be taken back whenever you feel tired.

If western men can give Filipino women the security, happiness, freedom, and love they deserve, it is highly likely that older westerners can be very attractive to Filipino women.