Are you thinking about marrying a Chinese woman?

Chinese women can be beautiful and feminine, but China is a huge place with a massive range of incomes, styles, and beliefs. Indeed, there are some 680 million women in mainland China. They may have different upbringings and views on life as well as different views on men and relationships. They may be from a modern, dynamic city like Shanghai or Shenzhen, or a rural backwater somewhere out in Hebei.

There are certain key things you really need to know. And not all of them are positive.

Based on my experiences over many years living in China, I put together 5 reasons for and against marrying a Chinese woman. There are “Chinese women” in Hong Kong, Taiwan, Singapore, and even Malaysia and Indonesia. Plus, hundreds of thousands in the US, Canada, Australia, etc.  They’re certainly not all the same, just as not all women are the same, obviously. However, there are similarities in traits and expectations. Chinese women can be charming, elegant, and feminine. They also have determination to succeed, commitment, and loyalty. They can be great partners in marriage for these and more reasons. But you also have to deal with her family and its own expectations and active role,  uncompromising behavior, and fearsome reputation as “dragon” mothers. Communication can also be really hard for a Western man to understand. Let’s look at all these things more deeply.

5 great reasons why to marry a Chinese woman

Bear in mind that these points are generalizations because, as I said, there are many different types of Chinese women. However, from my time working and living in China, I’ve come across several reoccurring patterns of behavior.

Many Chinese women have an innate sense of charm and femininity. Their overall appearance is very appealing to many foreign men. When men idealize Asian women, often it’s Chinese women who best embody those classic expectations. As said elsewhere on this site, it’s very OK to prefer Asian women. Just be real about it and don’t fetishize.

Chinese women can also be coy, sexy, charismatic, and feminine all at once or in sequence. Make sure you know which behavioral traits are for real. And which are an act. This varies in some ways across different Chinese women in Mainland China, Hong Kong, or Taiwan. The big difference is probably economic position. And mainland China, on the whole, is the least developed of the three.

Chinese women are not afraid of work in or studying hard. Most have a very high work ethic (especially in Hong Kong). They will do what it takes to reach their goals. For example, this is evident early on from the results of students taking the gaokao or National College Entrance Exam. Females typically come out on top.

A typical Chinese woman will do all that it is necessary to overachieve in whatever she does. Study or business. This will be for the benefit of her own career. But it will also be for her immediate family and any children. She will push her children to overachieve too.

It’s very important to make a relationship with her chosen foreign man succeed. This is for the sake of the Chinese woman and her parents. Yes, divorces happen, but marriage is seen as being for life. For better and for worse.

A Chinese woman will stand by and defend her man (you may see similar loyalty in Thai women). Often against the odds. A great public example is the time that Wendi Deng defended Rupert Murdoch when a reporter threw a foam pie at him in a committee hearing.

The emotional and physical bond of a relationship with a Chinese woman is very hard to break. 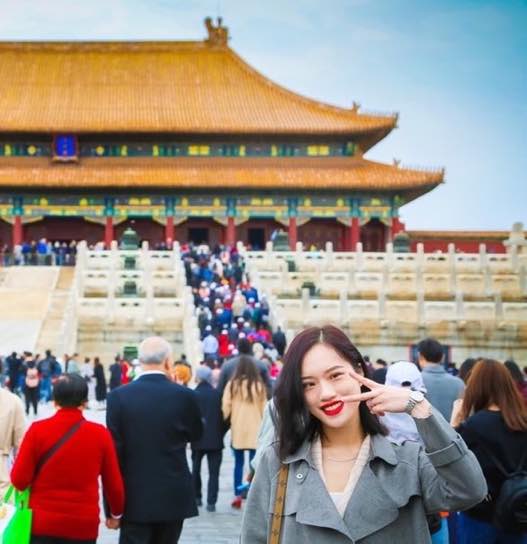 5 reasons NOT to marry a Chinese woman

Despite of the above points, Chinese women need careful “management”. Here are 5 reasons to think twice about marrying a Chinese woman:

You probably want some “give and take” in your relationship. But many Chinese women expect that more than that. They want you to be forever following her orders and commands! I’m trying not to say they are stubborn, but there’s very little room for compromise.

You have to deal with her entire family

You may think you’re marrying her, but in fact, you’re marrying the whole family. And they will always come first. They will always be right and often see you as a benefactor. Family issues will frequently take center stage, even if they are relatively minor. Chinese women are renowned as fearsome mothers. Even The Wall Street Journal carried a piece about Tiger Moms, the phrase which came to prominence in a well-known book on Asian parenting.

She may have trouble integrating with other cultures

She will probably be able to integrate into your set of friends. But she doesn’t really want her to integrate with hers. You are, usually, expected to “string along” and stay in the background when she is socializing.

For her friends to see that she has a foreign husband is important. But he needs to be well-behaved and obedient.

Under that soft exterior, Chinese women usually have very “hard centers”. The sooner you realize this, then the better it will be for both of you. They know what they want, and how to get it. And very little will be able to sway a Chinese woman from her goals.

Believe me, I know from past personal experiences.

It’s not unusual for Chinese women to say one thing and mean the other.  Her words may be sweet and soft. But her body language will give a clue to her real intentions. And they may not be overly positive for you.

So, take a balanced view toward marrying a Chinese woman

You might think some of the above points could apply to all women.

They do, and they don’t. And they’re big factors in considering why to marry a Chinese woman.

Chinese women can be more unpredictable than their non-Asian counterparts, though they’re somewhat consistent with, for instance, Filipinas or Thais. They can also be much more immature. For example, you may come across some women with PhDs who still like to regularly watch cartoons. Or maybe often go to Disneyland or the Hello Kitty museum—without kids.

Having said all of this, there are many successful inter-racial marriages between foreign men and Chinese women. And, equally, there many unsuccessful ones. You can’t give credit for a great marriage to just one party. Nor can you lay all of the blame for failure on the Chinese woman.

On balance, Chinese women still appeal greatly to foreign men. Partly due to their overall attractiveness. Think “sexiness”. But also due to their drive, determination, and desire to succeed.