Part of what makes Japanese so hard to learn is that Japanese textbooks don’t do a very good job of showing how Japanese people actually talk. Especially in day-to-day conversations and dating relationships, you won’t be using what you read.

More modern textbooks, including some by non-Japanese, have changed this. And YouTube as well as real-time apps like Hello Talk have also helped out big time. But there’s still one classic book to start with – Making Out in Japanese (link is to Amazon and not an affiliate link). The original was published way back in 1989 when Japan was coasting on its bubble and the yen was three times stronger. It was updated in 2004 and of course, it’s on Kindle, too.

If you want to learn how to speak Japanese in a casual, everyday way that is useful for dating, this is one of the most important books you should. Author Todd Geers is US-born and was decades ahead of the curve. These days he’d probably be yet another “influencer.”

So why is Making Out in Japanese such a good book?

Making Out in Japanese is focused on casual Japanese as it’s spoken in everyday social situations – this isn’t formal Japanese that you would use in business settings or in a meeting with the Prime Minister.

The book teaches Japanese as it’s spoken in bars and restaurants, in conversations among men and women on dates, and between friends. Japanese slang evolves quickly, so some of the phrases may age, but I can tell you the basics are all there. And it’s actually sort of funny if you use slang that’s a bit dated. It throws Japanese people for a loop. They’re like, “That’s so old! Why do you know that?” Keep in mind, “old” in Japan can be a year ago, so don’t worry. It’ll help you meet people and make more of a connection than “Where are you from?”

The book’s a great little resource for anyone who is new at learning Japanese (or who needs to quickly brush up his Japanese language ability), and it’s a user-friendly, fun, and accessible book.

Most of the phrases are short – sometimes even a single word. But they’ll give you a lot of good footholds into the language with a wide variety of things to say in a number of social situations.

It shows you how to speak Japanese “like a man”

There are many words and phrases in Japanese that are gender-specific – as in, only men can say them, or only women can say them. Making Out in Japanese has little “male” symbols next to the various “men only” expressions, so you can learn to sound like a “manly man” in Japanese.

For example, you will probably hear Japanese people say “Dou shita no?” a lot. This means, “what’s the matter/what’s wrong?” Or it can more lightly mean, “What’s up?” or “What’s going on?” Instead of saying “Dou shita no,” men can more assertively say it as, “Dou shitan-dayo?”

The word “genki” is everywhere in Japanese. Generally, when people say, “genki?” they mean, “Are you doing well?” To which, being a man, you should reply, “Un, genki dayo.” (Yeah, doing good.) Women may say “Genki yo.” or even “Genki genki!”

This kind of stuff takes a while to absorb and memorize, but if you can learn some of these key phrases and expressions before you come to Japan, you’ll be ahead of the game. You’ll pick it up in conversations around you. That feels good when that happens.

It teaches you Japanese pillow talk

Want to know how to compliment your Japanese girlfriend’s sexy body? Tell her how good she makes you feel? Do you want to whisper sweet nothings in her ear during a romantic interlude? This book can give you the words. Your girlfriend will be at ease, impressed. It won’t be such as alien experience for her.

What are some other Japanese books and resources that you would recommend for beginners? What are some of the most useful Japanese expressions to use on a date? 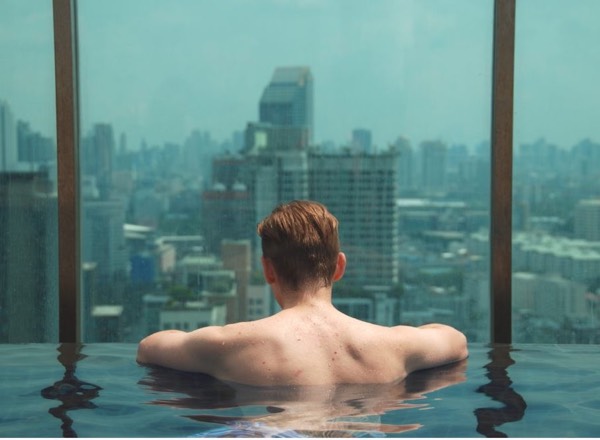