All the love of Thailand and its weather, lifestyle, and women cannot prevent some marriages from failing. And when a non-Thai (foreigner) and his Thai wife divorce in Thailand, he’s highly unlikely to get a 50/50 or better split. He will, however, get a fairer shake than in some other countries. Thailand has a developed legal system and divorce is increasingly common.

The simplest basics are:

Especially if there’s a big age gap, you might get scammed into financing your Thai lady and her family. More likely though, it’ll be a plain, ugly divorce. So it’s time to split things up.

This article covers the main issues in a divorce between a Thai wife and a foreign husband, in Thailand, under Thai law.

Types of divorce in Thailand

Even Thai laws say marital property should be divided equally. But some Thais still feel husbands should give up more tangible assets (as it was when you got married).

Especially in terms of child custody, it strongly favors the wife. And that’s in marriages between Thais. This belief grows even more intense when it’s a marriage between a Thai wife and a foreign husband. “Equal” division is unlikely. But you probably saw that coming. If not, you’re not paying attention.

Common justifiable grounds for a divorce in Thailand include:

And more. Though more likely, it’s “simply” a situation where the couple strongly dislikes one another. A bit less likely is a false allegation or some form of scam (funny how those happen pretty soon after you buy her a house…I digress).

Now obviously, a lot of the above things are open to interpretation. And when the couple can’t work it out, the lawyers and courts come into play.

In Thailand, divorce can be done two ways.

This is when it goes through the court and lawyers are more involved. For that reason, it’s lengthy and costs a lot more. This type of divorce is more likely if:

This is a divorce decided through the consent of both parties and with administrative procedures. It doesn’t involve courts and lawyers, is cheaper, quicker, and often preferable. This type of divorce is when you have a properly registered marriage in Thailand in line with the Thai Civil and Commercial Code (Section 1448–1460).

If it’s done in a clean, administrative way, you’ll need:

In the view of Thai laws, it isn’t about who makes the money or who pays for it. Property is considered belonging to the marriage if it was:

If you have real estate as your marriage belongings in Thailand, you’re allowed to own only some types.

If you’ve purchased a condominium under your and your Thai wife’s name and neither party wants to keep it, you can simply sell it and split the profits.

In Thailand, if the 49% foreign quota for the whole condominium building is still available, you as a foreigner can have a condominium in your name.

In other words, foreigners can own condos in Thailand, and it’s quite likely you paid for most or all of it. But upon marriage, it’s also likely that this becomes marital property. So you may be half screwed here. Move along, get over it.

If you want to keep the condominium, your future ex-wife can transfer her ownership rights to you.

Houses and land, and land with houses

During the marriage, your Thai wife may ask you for the money to build a house/building on her land or her family members’ land in Thailand. See this article for more on paying for your Thai lady and her family, but let’s just say it’s a healthy marriage and she didn’t intend to scam you.

This being the case, you bought both house and land together at the same time or you bought the land and built the house. In almost 100% of cases, the Thai wife’s name will be indicated as the owner because a foreigner isn’t allowed to own land. The rare exception is those who have made very large financial investments in Thailand. Thus, they’ve also bought their right to own land.

If this case (and you’ve probably all lawyered-up if it is, because you’re rich), your Thai wife is still likely to get the house and/or land. But you can still have a better chance to get other property unrelated to the land.

You can get more details here from a governmental source.

This may include investment outside Thailand as well. You can at least take solace in the fact that you’ll also share in the debts.

Division of debts incurred during marriage

The following debts occurring during a marriage between a foreigner and a Thai should be shared responsibilities.

So clearly, this isn’t cut-and-dry, and lawyers and/or arbitrators may need to be involved, even if the courts don’t.

Some personal belongings are not required to be shared between husband and wife. Each party can manage these by themselves. This includes:

Keep scrupulous records, so that this can be proven. Have receipts. And do consider a prenup so that what’s really yours stays yours after the divorce.

A child in the case of a divorce, according to Thai law, is below 20 years old, implying they need parental care.

If you’re planning to divorce your Thai wife, you can mutually agree on child custody. It can be shared or only one party may have custody.

Child custody is often the biggest point of contention in a mutually agreed to the marriage. This factor can often make the divorce a contested one, winding up in court.

The judge decides based on the child’s best interests. In actuality, though, child custody is more likely to be given to the mother than the father. That’s even if the father has stronger financial status than the mother.

The judge will rule that the father is responsible for paying child support every month until the child reaches their legal age or finishes their bachelor’s degree.

Custody is normally only given to the father when the mother’s behavior is extremely and obviously troubling. Such as if she’s been found guilty of a serious criminal offense, child abuse, or drug addiction.

Other possessions that can be subject to division in the divorce

Cars, boats, motorbikes, machines, and company shares are all fair game as long as they arose during the marriage.

However, in asset division made by the Thai court, the verdict may not be directly applied for real estate or assets located and/or registered overseas.

Also, if there are legal grounds to file for divorce with the court, the “unguilty” party can also ask for alimony payments to support their living expenses. This is if the divorce will make them poorer. Of course, it’s more likely the Thai wife will become poorer after the divorce and she’ll get alimony. Not too often a farang husband is the poorer one.

Conclusion about who gets what in a Thai divorce

So, it’s not pretty. Is a divorce ever pretty? It could be worse and you could be in the Philippines, where marriage is, in principle not allowed.

After the divorce, there might be some complications for asset or money management. Some Thai couples these days don’t think registration of marriage is needed, but in relationships between Thai women and foreign men, however, it’s still necessary. Not just for the marriage and divorce, but also visas, work permits, or changing of nationalities. 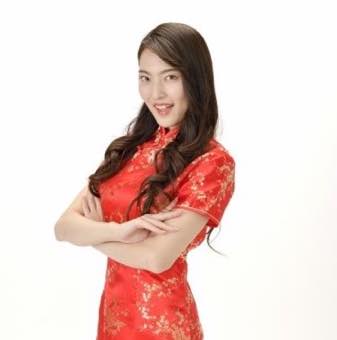