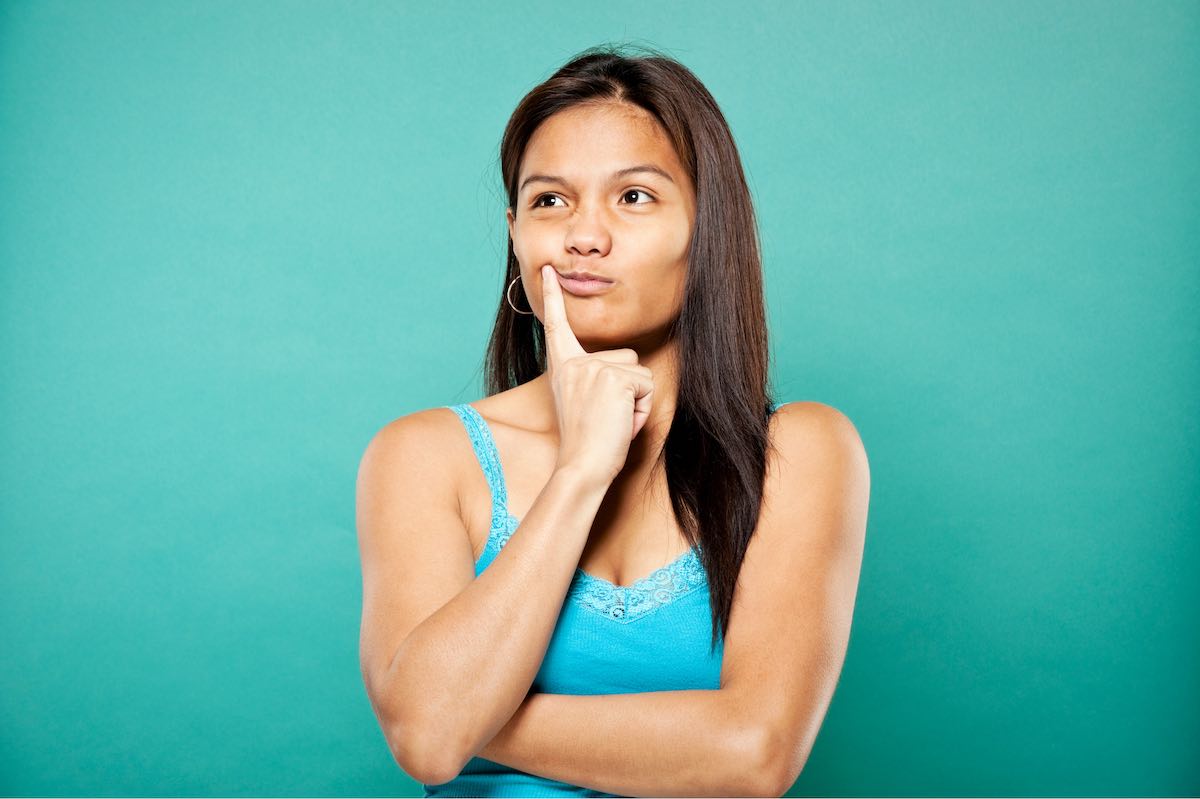 You’re in a relationship with a girl from the Philippines and she suddenly goes quiet and won’t explain what’s up. Odds are good that it’s the dreaded… tampo.

Tampo is a Filipino/Tagalog word that doesn’t have a direct English translation. A lot of Westerners equate it to sulking, silent treatment, or even holding a grudge.

It’s similar, but it’s more her way of saying something like, “I’m jealous,” or “you don’t make me feel special anymore.”

So, how do you deal with tampo?

Your first instinct might be to walk away and let things blow over. Don’t do that. It’ll only irritate your partner even more. There are better ways for dealing with tampo. The most effective approaches are:

You might even call these “strategies”. And this article explains how to apply them with great success. But just a reminder, it’s not guaranteed. Of course. Girls aren’t video games. If something “doesn’t work,” something else might be wrong.

So let’s start by getting on the same page.

What’s tampo and what causes it?

Tampo as a behavior where a Filipino stops acting affectionate or cheerful toward a person who’s hurt their feelings. Sure, women all over the world do this in various ways. But Filipinas do it, you might say, systematically. That actually makes it easier for you to spot and handle.

It may seem like sulking or acting childish. But if you break down the reasoning behind tampo, it will make more logical sense.

Westerners tend to deal with misunderstandings straight away and directly. That doesn’t always turn out well, because you may act too emotionally or hurt someone without understanding the real situation.

Women (and men) from the Philippines generally understand this.

Facing a problem while tensions are running high can lead to bigger arguments. That’s why she chooses to withdraw from you instead. She doesn’t want to say something that she’ll regret later on. It’s a tactic of sorts, but it’s also a time for processing emotions.

The telltale signs of tampo 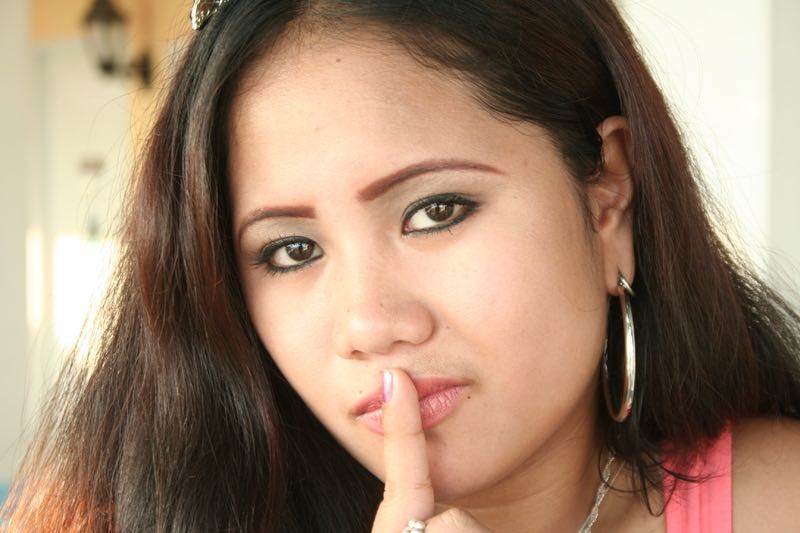 The three most common causes of a Filipina’s tampo

This is the most common cause of tampo in an interracial relationship. Maybe you cracked a joke at her expense or said something that came out too harsh. Or you might’ve offended her by not trying a Filipino dish she made (if it’s balut, though, that’s a bit much).

If you glanced at another woman just a bit too long, there’s a good chance a tampo is coming. And you know it.

Maybe you didn’t compliment her new outfit. Or you didn’t notice her new haircut. Perhaps you didn’t say “thank you” when she did something for you. You can cross-reference this with cultural misunderstandings.

Most guys in a relationship with a Filipina will be nodding at this point. So let’s get on with ways for dealing with tampo, the Filipina’s silent treament. Use the following tips to avoid turning a small tampo into a massive fight or even a breakup.

Wait for the tampo to blow over

Time is often the best solution. But that doesn’t mean you should just simply ignore her.

Take this time to figure out what you might have said or done wrong (if anything). If you made a mistake, use the temporary “break” to help around the house. Do a chore she’s has been asking you to do for weeks.

Keep making an effort. The bathroom counter looks cluttered? Tidy it up. You see her cooking? Set the table. Or, don’t let her cook at all. Order in from her favorite restaurant.

She’ll notice that you’re making an effort to pave the way for reconciliation. This is important because Filipino women appreciate it when their asawa – the Filipino word for partner or spouse – takes initiative.

Another thing. Even though you’re giving her space, still tell her that you love her. She wants to hear that, even if it doesn’t show on her face. Also, be present. This isn’t the time to have a few beers at the local bar or go golfing. Giving her space doesn’t mean guy time for you.

There aren’t any fixed rules on how long this phase should last. You’ll have to gauge it for yourself. But a general rule of thumb is to not let things simmer until the next day. 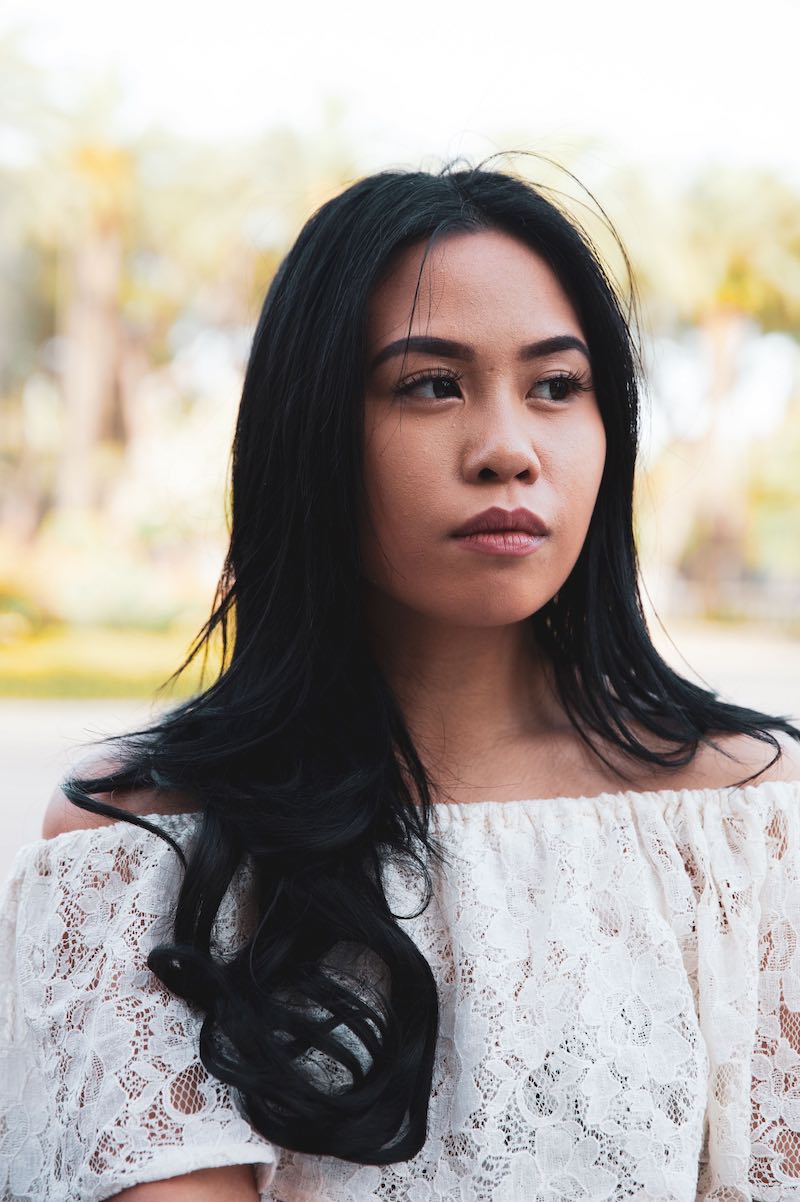 Cater to her, suck up, lambing

There’s a Filipino word for the art of catering to her whims, even if it’s just to help patch things up – lambing. According to Tagalog-Dictionary.com, to do lambing is to caress, to show fondness, affection, and tenderness. It’s like sucking up but doesn’t carry the same negative connotations.

The goal is to get her to tell you what’s bothering her.

This is the next step after giving your partner some space. Start gently. Most Filipino girls will resist. But that doesn’t mean that she’s against you wooing her.

Give her compliments. Tell her how beautiful she looks today. She’ll ignore you, but you have to be persistent. Ask her if it was something you did or said.

Soften her up by saying something like, “you know I wouldn’t hurt you on purpose, right?” Or, “please tell me what’s wrong. I miss you.”

You can then be more physical. Take her by the hand, sit her beside you and give her a cuddle and a kiss on the forehead. Assure her that it’s okay to open up about her feelings.

When she finally tells you what the issue is, make a sincere apology and promise that you won’t do it again.

Apologize with a thoughtful gift or note

Filipino girls love to feel appreciated. All women do. And one of the easiest ways to do that is by giving them gifts or a thoughtful note.

Flowers, chocolates, or a little trinket are all textbook examples. But at a certain point, these can get boring and repetitive. Put some thought into it. Is there anything she’d like to have that’s she’s mentioned recently?

Perhaps she’s hinted that she wants something she saw in the mall recently, like a phone case or a t-shirt. You could get her that. Depending on how severe the tampo is, it doesn’t have to be something pricey like an electronic appliance. That’s just basically paying her off and she will take note and be more inclined to use this as a tactic in the future.

Maybe there’s a restaurant she said she wants to go to. Take her to dinner there.

Gifts aren’t the only way to go. A lot of women appreciate notes as well. Go old-school and write a short apology note by hand. Make it sweet. Tell her you’re sorry and that you were being an idiot. Finish up by saying that you love her very much.

If she’s also giving you the silent treatment on Facebook messenger or WhatsApp, send her a cute “I’m sorry” GIF. If you like, go for a bigger gesture by posting a photo of the two of you on Facebook. Caption it with something sweet like, “the love of my life.” Or if that’s too much, go with, “I’m such a lucky guy.”

The trick is to be persistent. Filipina women love when they’re pursued. 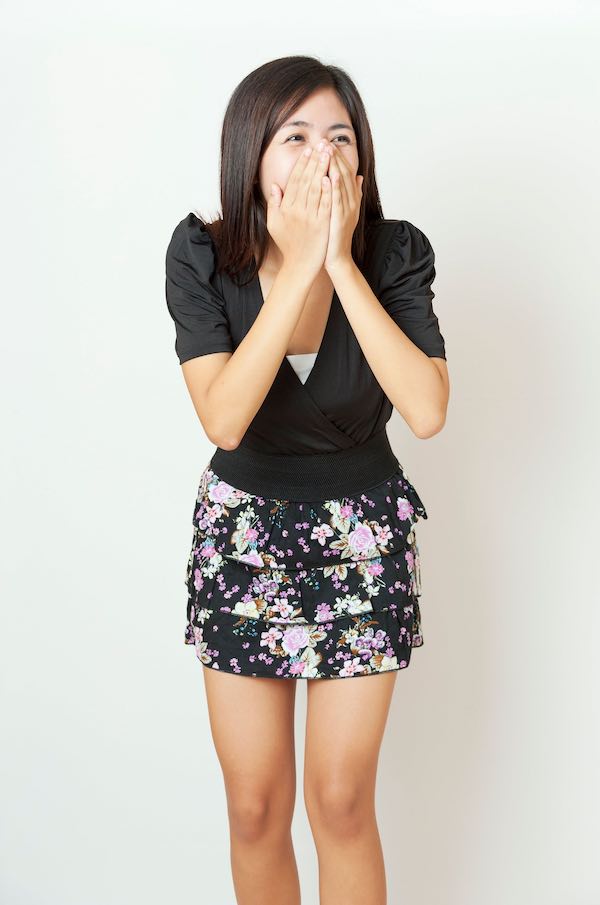 Filipinas aren’t big on this because Filipino culture is non-confrontational. This is one of the reasons why tampo exists in the first place, and why Filipinos consider it to be normal behavior. How you respond to tampo says a lot about you.

And yes, Filipino men have the habit of pulling a tampo as well.

At this point, you have to be open. But don’t be blunt.

Don’t say things like, “I hate it when you treat me like this.” Or, “I don’t know what you want from me.”

It’s probably true that you have no clue, but don’t make it sound like it’s such an inconvenience. This will only make things worse and could result in a longer tampo or even a full-blown fight.

Some things you could say instead:

Contrary to popular belief, many women actually do want to see some vulnerability in a man.

The word “stupid” won’t get past her. She’ll appreciate that you realize how insensitive you’ve been (or at least that you say you realize it).

Make her feel safe. Let her know that sharing her feelings with you shouldn’t feel scary or embarrassing. You’re a team, after all.

Agree to work toward a more open and communicative relationship

Most Westerners view tampo as childish and unnecessary behavior. That may be true, but you’re also limited by your own biases. Think of it from your partner’s perspective.

She grew up in a culture where it’s normal to withdraw from people or situations that hurt her feelings or rubbed her the wrong way. She believes that voicing how she feels is something that she should shy away from. If you’re from somewhere like the US or Australia, that’s probably the opposite of what you were taught.

Tell your partner that you understand where she’s coming from. But that there’s also a different way to deal with misunderstandings. Tell her that before she goes into tampo mode, there’s the option of talking to you about the issue first.

Try your best to assure her that you won’t take it the wrong way, and that successful relationships are based on open communication. It’s not something she needs to be embarrassed about when she’s with you.

It’ll take time before upfront communication becomes your partner’s first reaction to a mistake you’ve made. But all relationships take consistency to get to that point. Especially interracial relationships.

Filipino men use these same “methods” to handle tampo. But sometimes, they take it too far by making apologies even if they didn’t do anything wrong.

You don’t want to go there. It’ll normalize the habit to the point where tampo could be used as manipulation. This isn’t always the case, but it does happen.

The goal is to meet each other halfway. Use the methods listed here to show that you understand her. Make her feel that her tampo isn’t an inconvenience to you. And then, talk to each other calmly to come to a fair compromise.

link to Dates in Taiwan – Where to Go, How to Do Better

See my related article on dating Taiwanese girls to grasp the bigger picture of doing well with these modern and beautiful women. That one covers how to win her (and her family) over. This shorter...

*This article was written with extensive input by a young and educated Taiwanese woman. Then edited for readability and to supplement the information. Foreign men often find it challenging to date...

I'm Jace. I've lived in Asia for over a decade and traveled throughout it. I've had lots of relationships. So I decided to write about that topic. I do it not based on opinions, but by doing deep research and talking with Asian men, women, and other Westerners with experience in these relationships. This site is about improving relationships, understanding, and love.

This site is a participant in affiliate advertising programs designed to provide a means for sites to earn advertising fees by advertising and linking to useful products and services. This arrangement lets me make some compensation for referring traffic and business to other companies linked to on this site. All products linked to are the responsibility of their owners. AsiaLoving and this site's relevant parties take no responsibility for any issues that may arise in their purchase or use.

How to Attract Singapore Women (e-book)